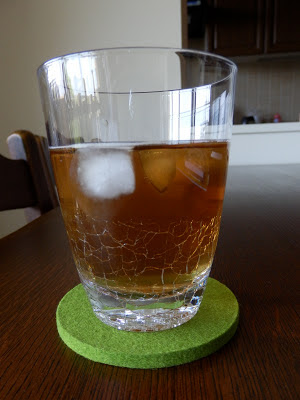 When I was younger,  麦茶 （むぎちゃ、mugicha) or roasted barley tea, was always in the refrigerator of every Japanese household in summer.

Of course there were many kinds of cooling beverages back then, such as cokes, sodas and juices, but those were something we bought only occasionally, and it was normally mugicha that we gulped down every day, every time.

This non-sweetened, caffeine-free beverage goes well with any types of meals, and is suitable for people of all ages including small children.

In Japan barley tea is generally considered as a summer drink, but I drink it all year around (I heard it is normal in China), cold in summer and hot in other seasons, because I like the taste and also I can have it anytime of the day. I'm very sensitive to caffeine and caffeine drinks often make me difficult to fall asleep.

Tea is available in plastic bottles, but I'm making it at home. It is super easy, more eco-friendly and more economic. My mother boils roasted barley for several minutes to bring out the flavor and cool it down. I know this makes the tea taste better, but I don't to this. I'm using tea bags. 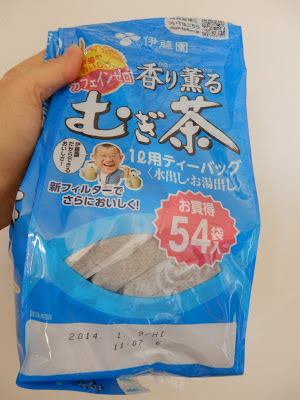 This is what I'm using: "香り薫るむぎ茶” (Kaori Kaoru Mugicha). Produced by Itoen, a major tea manufacturing company, containing 54 sachets,  it is less than 200 yen. I don't remember exactly how much it was, but I bought it at a bargain price, around 160 yen, which is cheaper than a tea bottle of 2 liters. 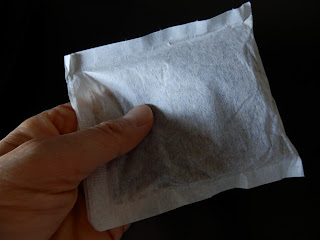 One tea bag is this size. You put it in 1-liter water and wait for two hours. That's all you have to do! 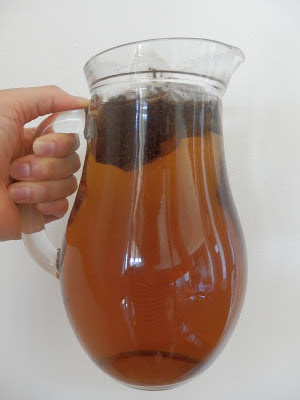 In two hours, simple filtered water turned into tasty barley tea! Too simple, right? You can take out the tea bag, but I leave it there. It won't become too strong.

Email ThisBlogThis!Share to TwitterShare to FacebookShare to Pinterest
ラベル: tea

Yuko
Yokohama, Kanagawa, Japan
Hi. I'm teaching Japanese to mainly foreign business people and professional athletes living in the Tokyo area. I started this blog to share some useful information that may help foreign residents/visitors enjoy Japanese life and culture a little bit more! Thank you for visiting, and comments are always welcome.